As I mentioned before, I’m attempting a running streak over this next year-ish to keep me occupied.

This week I ran pretty minimal every day, and only a mile today because today was a busy and long day. We went to the range at 0445, which meant that I was up before that and I had to qualify on two weapons systems, one of which I’ve never shot before. It was hot, I sweat through my sports bra, my t-shirt, and my uniform top and I’ve never experienced getting gunpowder residue in my eyes while shooting before. 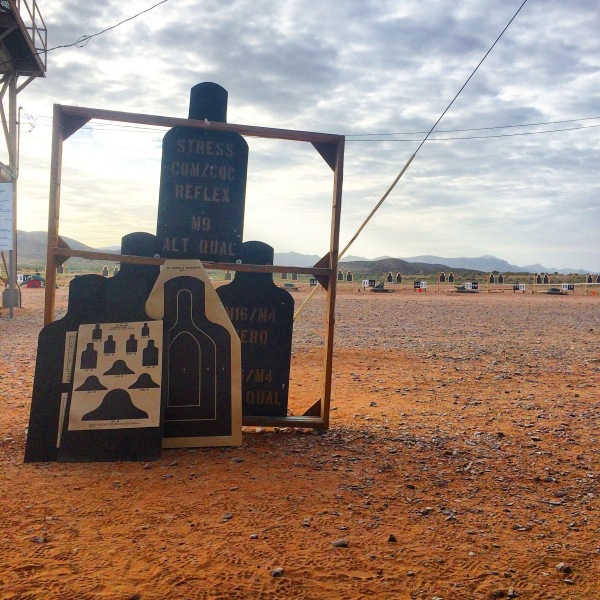 But there were definitely some nice points. My favorite discovery this week was the Old Fort Bliss Replica and running on the sand path around the parade field in the evening with the sprinklers misting me.

It also helped me acclimate easier, I think. By the end of the week I no longer felt like I was melting in the sun. It wasn’t pleasant and I was definitely sweating more than at home in Alaska, but I didn’t feel as miserable.

The rest of this week we did some computer-based training, I got some new shots, including anthrax (yay?), malaria pills which have a whole host of gnarly side effects including nightmares and vivid dreams (so of course I’m taking it at bedtime), and my personal favorite – gear draw. It gave me flashbacks to my first days in college opening up my uniform box and wondering what all the items were, how they were worn, and wanting to wear them all. Now I mostly know what they are, but there were still a few surprises.

This is Gladys. She’s my trusty squirrel sidekick who goes everywhere with me. She really likes how all the green goes with her green MBC sweater and yellow ribbon scarf.