(I wish now I had picked a shorter title as I’m tired of typing it out!)

Once off the ferry, I made a couple of stops. First, I visited the Oiselle headquarters in Seattle. I wanted to get a couple of things for warmer weather since my household goods are going to be delayed. The woman working in the store was so friendly and helpful. I ended up getting the collared roga dress (it has pockets!) and a Sarah Attar tank that was so light and comfortable.

I also picked up an audio adapter for my iPhone and have been happily listening to audiobooks since.

Once done, I headed in a southeasterly direction and figured I’d drive until I was a little tired. I ended up in Pendleton, Oregon which I learned is where the Pendleton Wool Mills is headquartered. I’ve seen the beautiful Pendleton blankets around the southwest and at national parks and as luck had it, they had an outlet store where they also sold seconds. I picked up a really nice sweater for P, a beautiful woolen blanket, and wool socks for both of us. They had so much to choose from and I could have spent a lot longer in there if I hadn’t still had a long drive ahead of me. 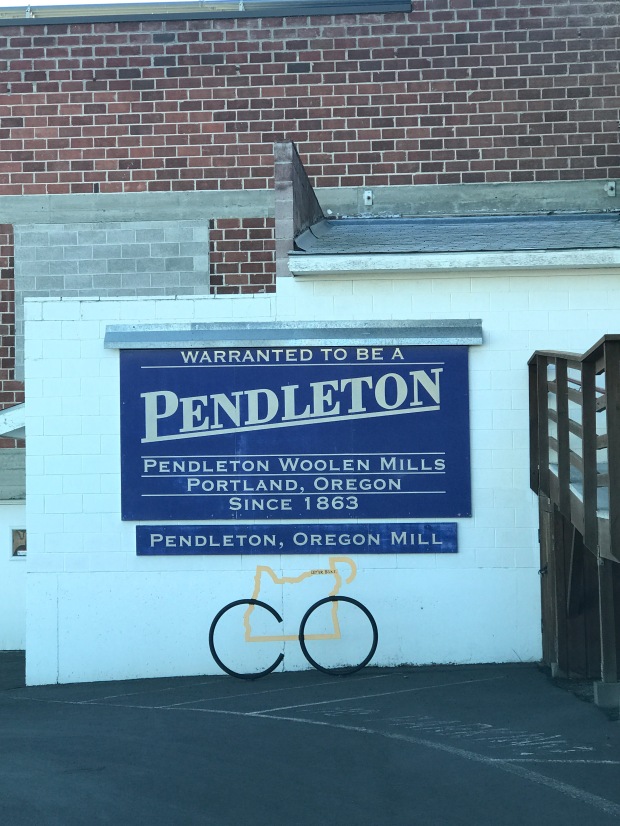 From there I crossed into Idaho and then Utah. I was getting pretty tired and really wanted to make it to Salt Lake City, but was willing to settle for anything before that too. I hadn’t expected there to be so many farms and long stretches between gas stations and convenience stores. I spent the night in Ogden, about an hour from Salt Lake.

Easter morning I woke up and my plan was to go to church and then come back and pack everything up, but my dog were getting so anxious as I got ready that I ended up packing everything and them into the car and they just waited the hour while I was at church.

From there, we headed south and into Bryce Canyon National Park. Utah had so many natural things I wanted to see but I knew I wouldn’t be able to see them all with the time I had. I picked Bryce Canyon and Zion because they were both nearby to each other that I thought it as doable. 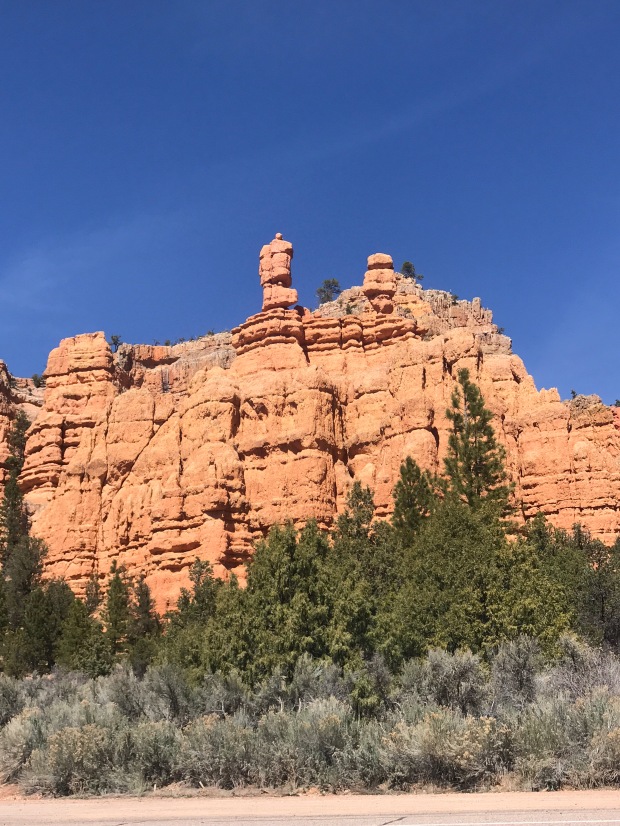 I didn’t plan for how long I’d spend in Bryce Canyon or how far I’d have to go to find somewhere to stay. Plus it was Easter Sunday and in Utah, it seemed like everything was closed. It took me an hour and half to find a place to stay that allowed pets and I think I ended up eat Taco Bell for dinner because it as open and I was starving.

The next morning I looked at my travel plans and realized I wouldn’t be able to squeeze Zion in if I wanted to get to Flagstaff that night and so the park justice, so I skipped it. Still, the drive was so beautiful along the Vermillion Cliffs highway into Arizona. Utah and Northern Arizona are so beautiful.

I really enjoyed my drive down to Arizona. My sister lives in Flagstaff so we decided to take our dogs to the dog park and catch up and afterwards we went to dinner. It wa so wonderful to catch up with her and our dogs got plenty of energy out by running around, smelling things, or whining impatiently while hovering next to me (Zane.)

I’ve been staying at Wyndham properties most of this trip but broke from it to stay at a Motel 6. All the Motel 6s in Flagstaff are super nice and very affordable. They were also on the better side of town than the Wyndham properties that were available that night. For some reason I didn’t sleep well that night though. I don’t know if it was the time zone changes, or if I was still pumped from seeing my sister, but I kept waking up so I just decided to get up around five and get going. I only had a few more days until the trip was over and I was ready to finish it.